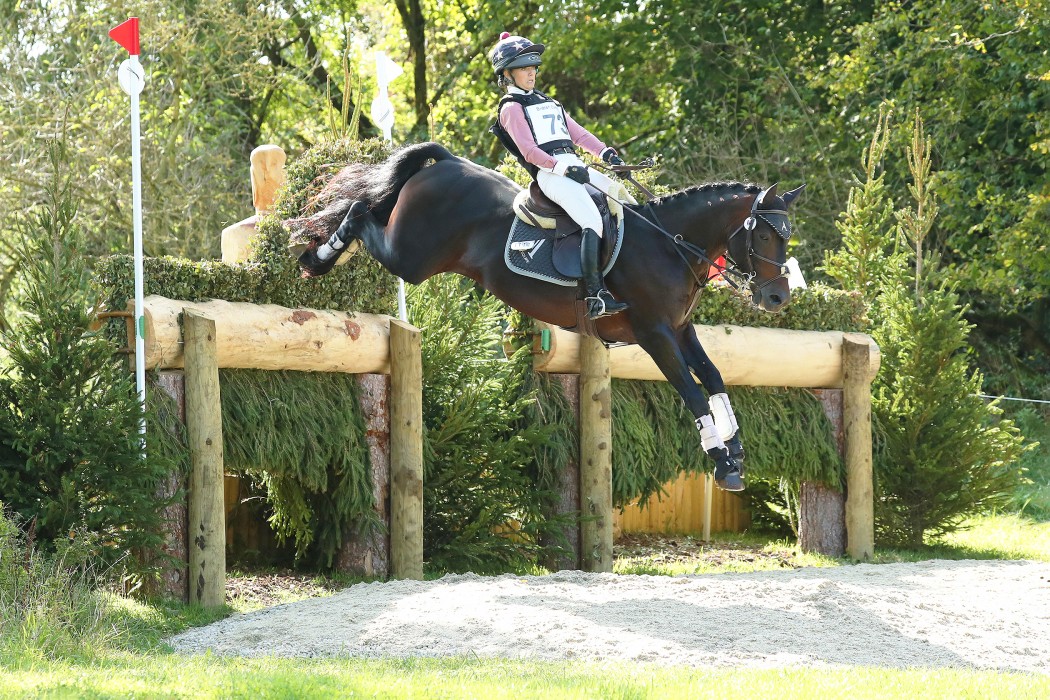 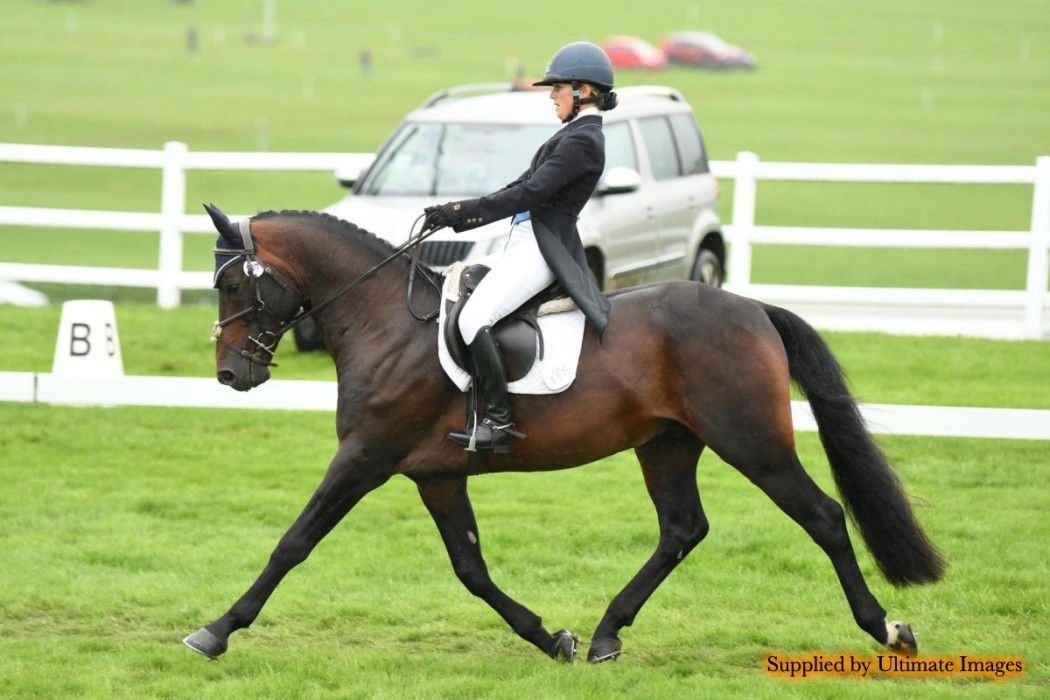 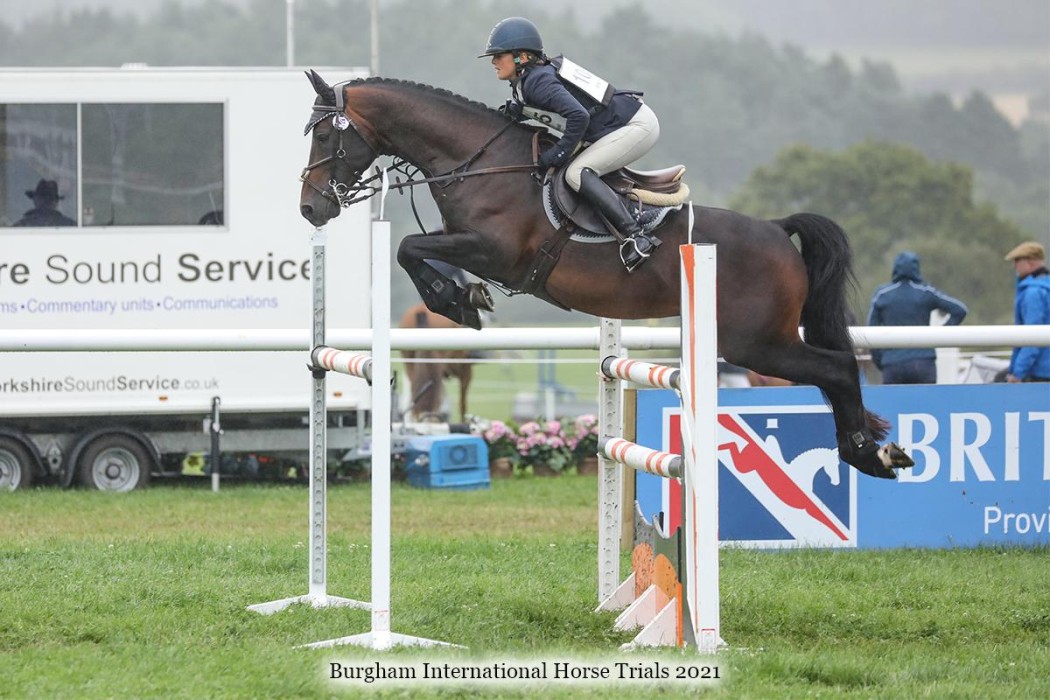 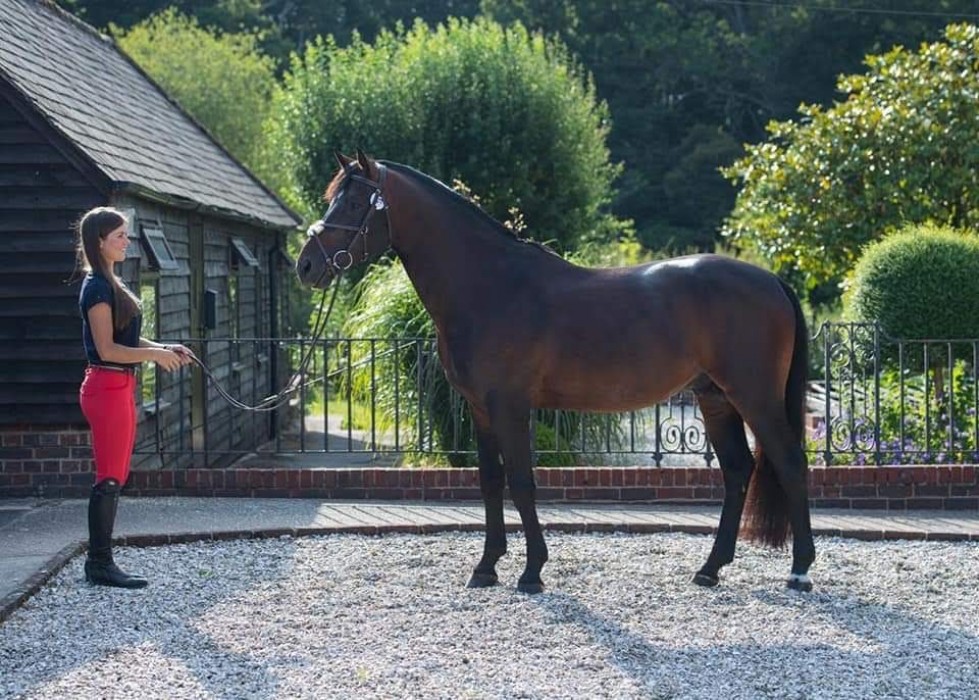 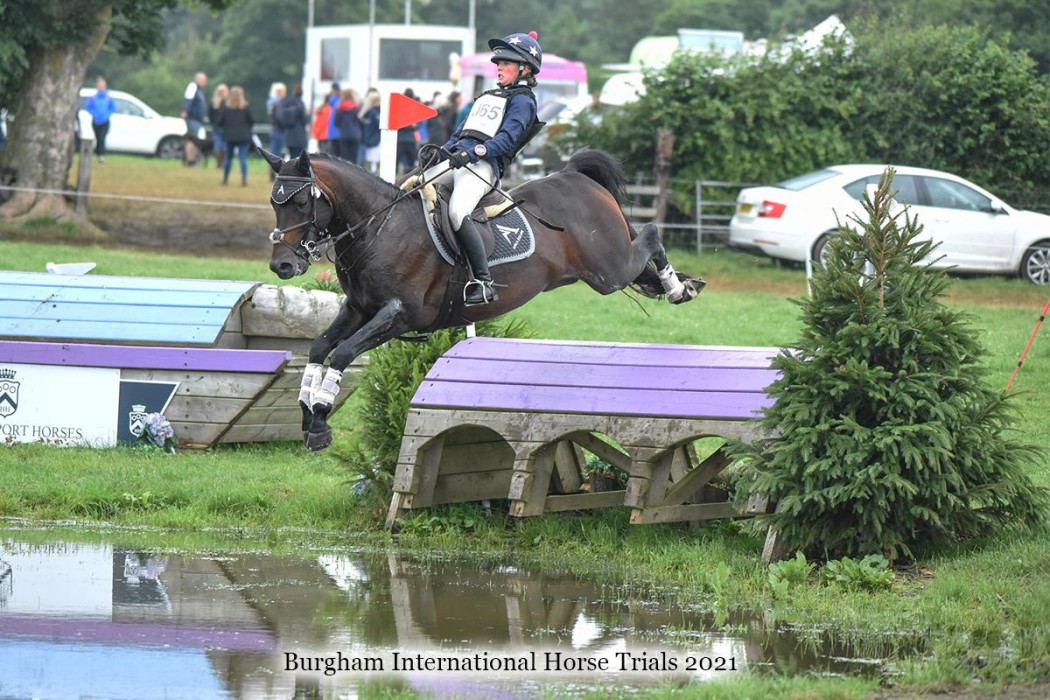 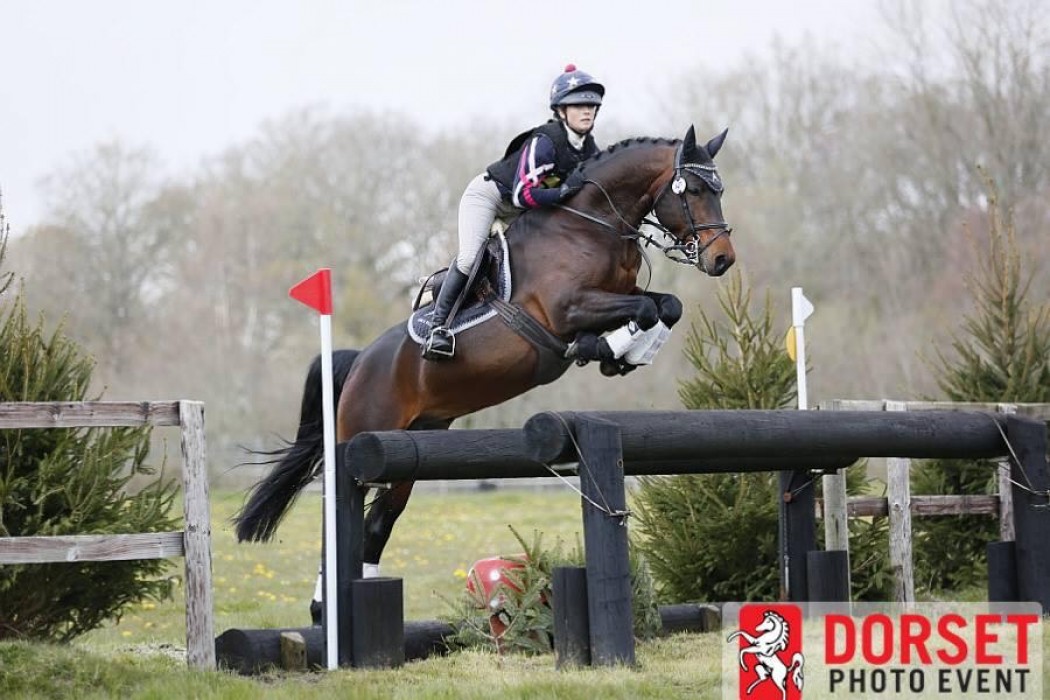 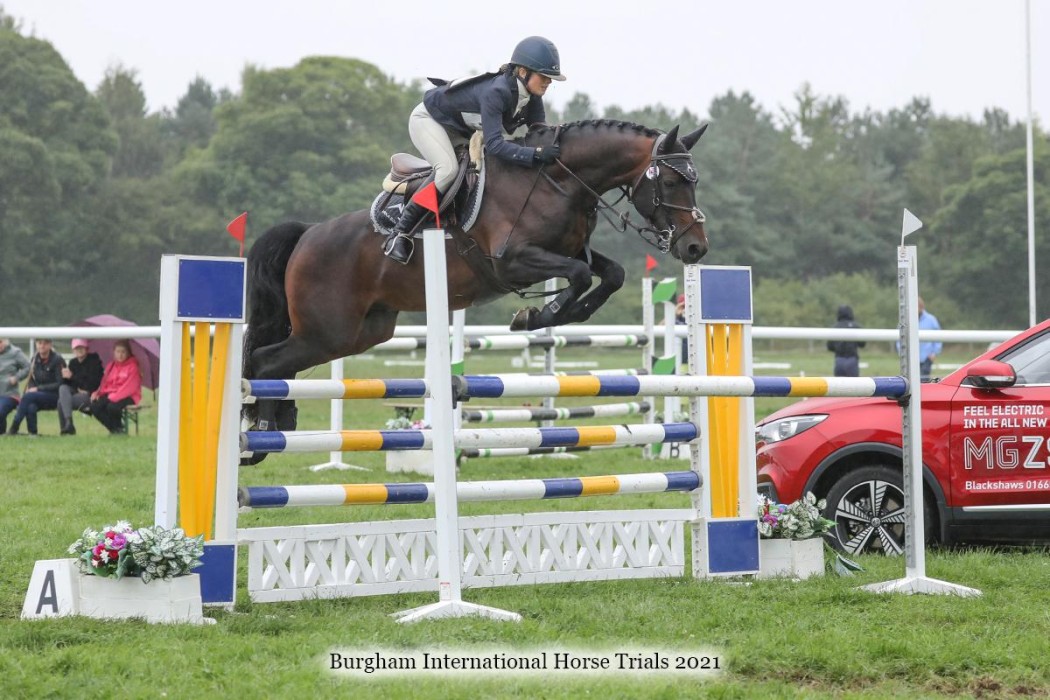 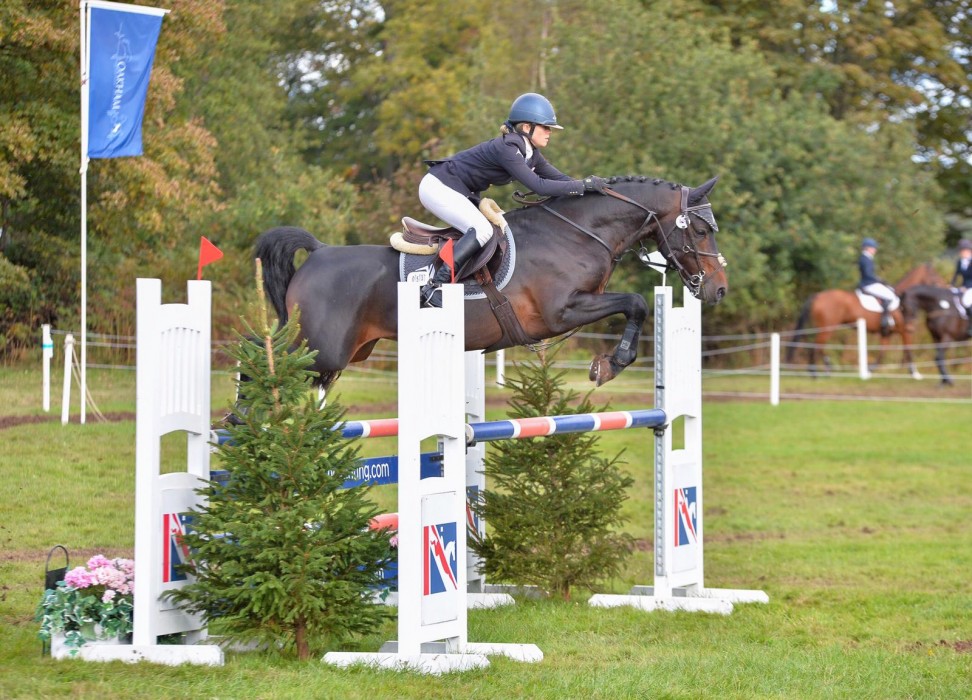 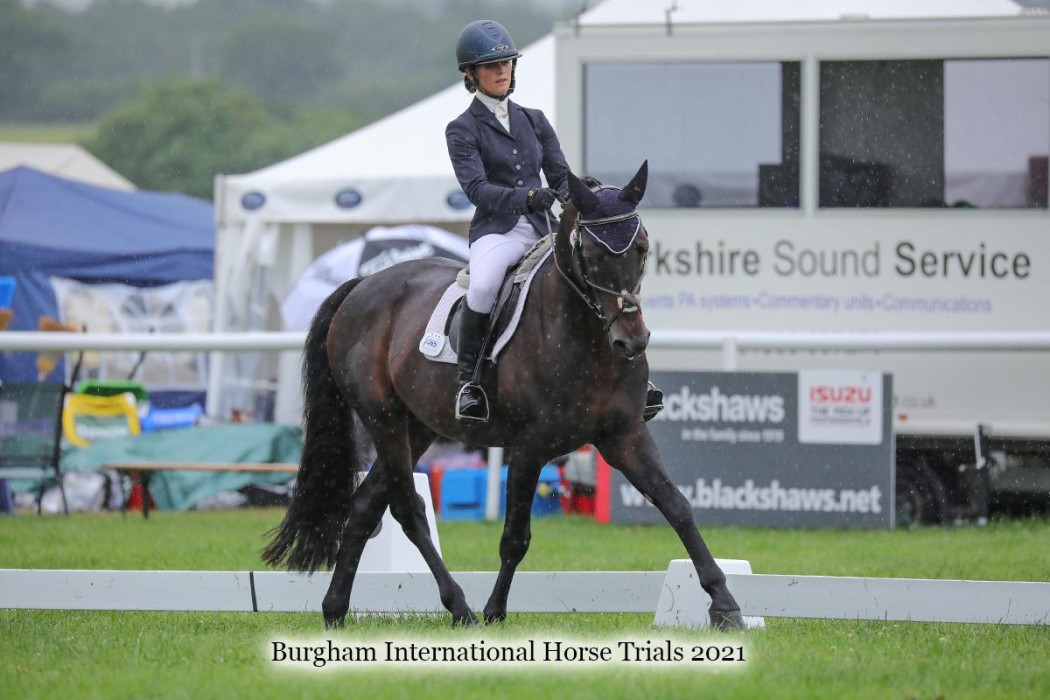 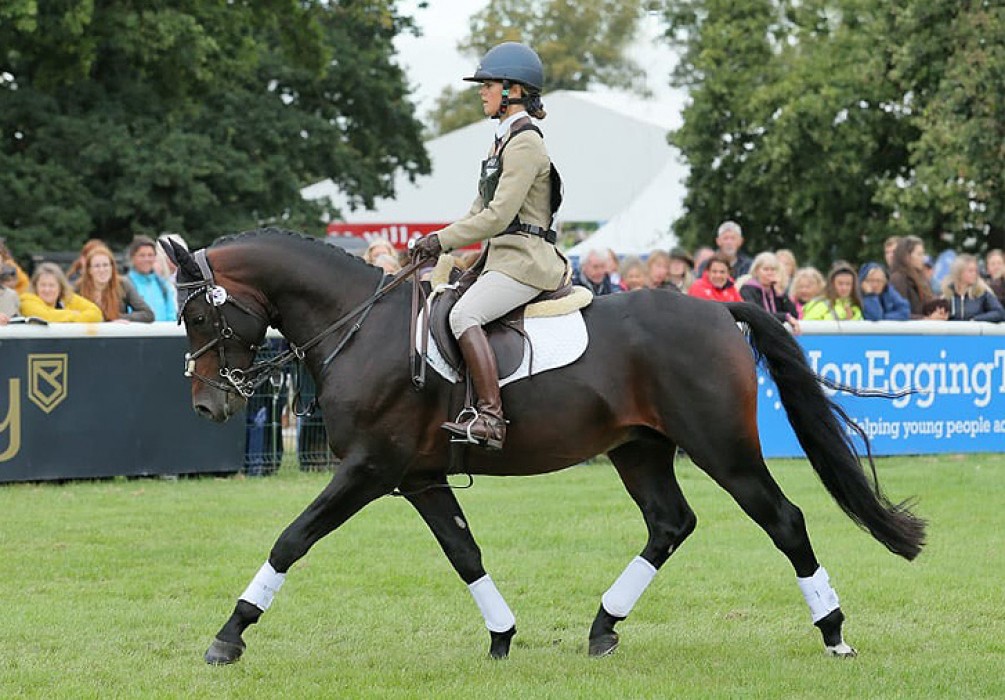 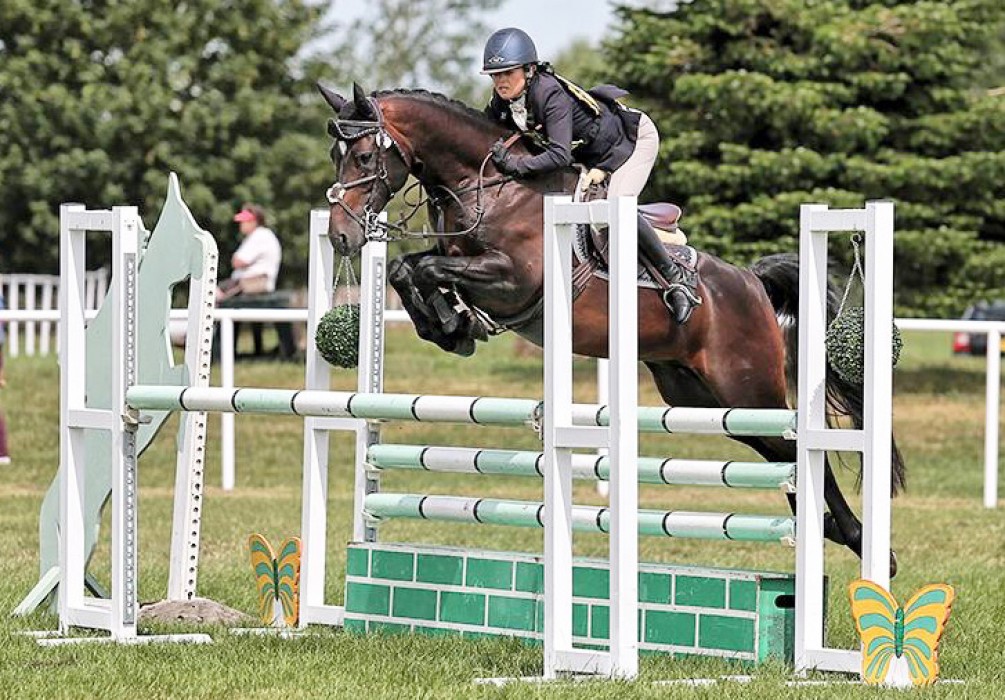 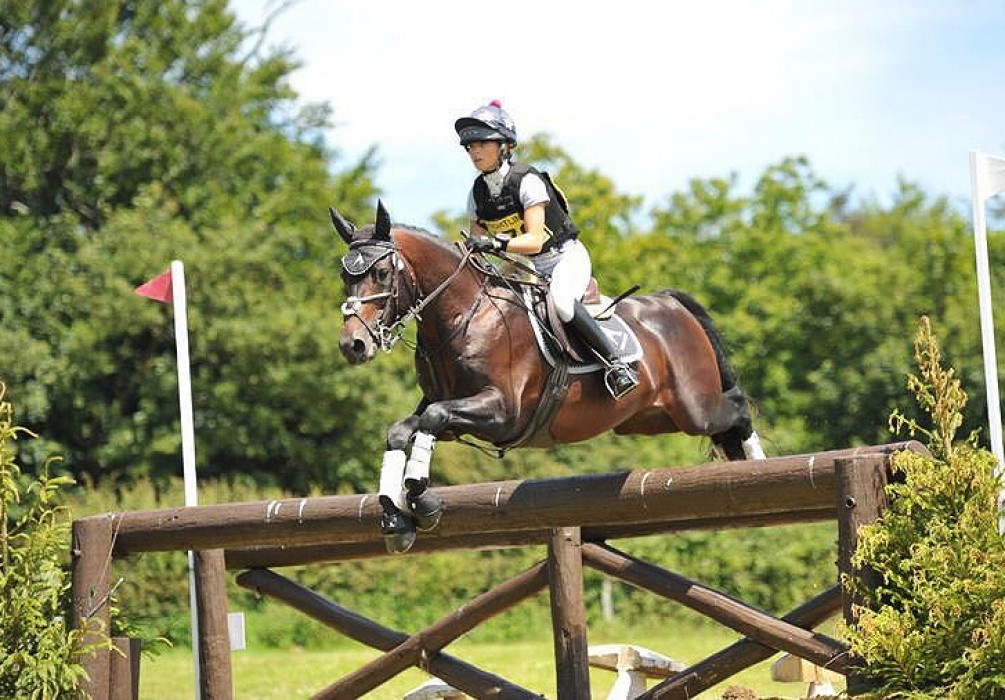 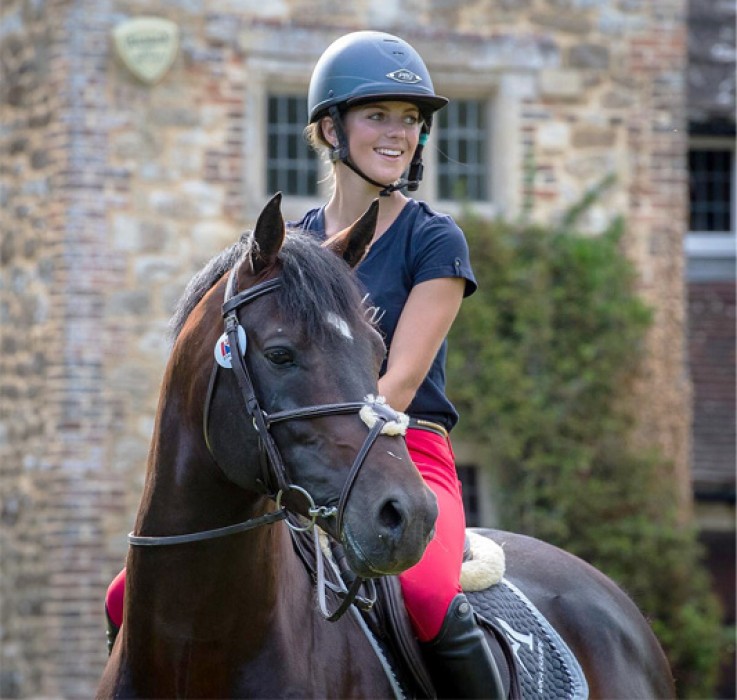 Prometheus (known as Percy) is a 148cm, dark bay, SPSS Elite Sports pony stallion by Romulus (Renoir) out of an Elite Graded sports pony mare.
He started his ridden career age 4 with the SES showjumping team and jumped in the Senior BS 4-year-old qualifier at Hickstead, holding his own round a long, technical track, the smallest competitor by far. His scope and attitude meant he quickly jumped up the levels, and before his 5th birthday had jumped Senior Newcomers. However with his obvious bravery, trainable attitude, and fantastic paces it seemed a waste not to send him eventing.
So at the beginning of 2018, age 5, Prometheus was sent to MJ Eventing where he went above and beyond all expectations in his first season. Again his bravery, workmanlike attitude and exceptional flat work meant he quickly moved up from jumping BE90s to BE100s and by the end of the season had secured six top-ten placings out of eight starts, including two seconds and a win at his second BE100 event. In his last four outings of the 2018 season he achieved the best dressage scores in his arena and finished on a total of 60 foundation points. Over the 2018/2019 winter he was registered with British Dressage, competing at Novice and Elementary level, winning every time out.

In 2019 Prometheus won his first run at BE100Plus, before stepping up to Novice level where he secured seven top-10 places including three WINS! He completed the year with his first international CCI-S 2* to finish in the top 15 placings. And he ended the season on 76 Foundation Points, and 19 BE Points.

At the end of the season he went on to take part in the 2019 Stallion Parade at Burghley Horse Trials where he behaved impeccably in the large crowds and showed himself off beautifully. After such a successful 2019 season his achivements were recognised by the SPSS who awarded him the 'Dancer Medal' for outstanding perfromance and Elite status. He also won the South East Eventers League leading Breeding Stallion award.

A shortened season in 2020 due to Covid, meant no eventing till August, but that did not stem Prometheus's competitive flow and two Novice runs produced back-to-back WINS, followed by a superb run in the CCI-S2* at Wellington International, finishing 4th in a huge class of over 100 entries. To end the season he had his first run at Thoresby CCI-L2* long format, again the smallest in a huge entry. A beautiful performace amongst hot competition left him just oustide the top-twenty for 21st place.

In 2021 with the world starting to return to normal Prometheus jumped double clear at the Novice regional Finals to finish on the exact same score as the winner, but a quicker time cross country meant he was further off the optimum time and awarded second place. He took part in the new Novice Masters Seriers where he gained two top 10 placings, while a 20.3 dressage and double clear gained him a second place in an Open Novice. But his outstanding performace for 2021 had to be the BE Open Novice Championships which is run at intermediate level. Prometheus navigated around a huge showjumping track and his biggest cross country course to date, once again the smallest competitor by far in a huge section he put on a staggering performance of jumping to finish 16th place. Before rounding off the season with a double clear inside the time at Cornbury Internatial CCI-S2* for 3rd place behind our current Olympic gold medallist.

Alongside his competition schedule, Prometheus has had a busy stud season, proving to have excellent fertility with an extremely high rate of conceptions to first inseminations. He has some fabulous foals on the ground which he is really stamping with his good looks, big movement and clever pony brain. Prometheus attracts all types of mares, from Native ponies to Thoroughbreds and well bred Sports Horses, and has been chosen by some very highly regarded and experienced breeders for their mares.

This little stallion’s results speak for themselves and with such talent, bravery, scope, and temperament he really is a top pick for both the sports pony and sporthorse breeder. He is capable of producing high quality sports ponies or adding that important ‘pony 5th leg’ agility and cleverness on larger mares.

Percy (Prometheus) truly is a yard favourite and never fails to enchant anyone who has the pleasure of meeting him.

Prometheus crosses well with any type of mare, horse or pony, and has many aspiring qualities, he is short coupled, big moving, scopey, has substance and a wonderful temperament. But he is particularly suited to adding lightness, scope and jumping ability which would influence Native - type mares to produce competitive sport ponies.

His first foals were born in 2018 and are now being broken in and are already showing Percy’s quality and fantastic attitude to life. One foal impressed at the SPSS 2018 Youngstock Evaluation and was awarded an SPSS Premium. He did not stand at stud in 2018 in order to concentrate on starting his eventing career, but he had a very successful 2019 and 2020 breeding season, proving to have excellent fertility and has a range of quality foals on the ground from a variety of mares, while 2021 produced another abundance of good mares from pure native breeds to thoroughbred eventers and we look forward to this crop of foals arriving in 2022.